Tanwi Nandini Islam may not write every day, but she is always creating. She has made layering a daily habit, she explains—not only sweaters and tops, but patterns, plots, and scents.

A novelist and a perfumer, Islam is a full-time composer. She launched small-batch botanical perfume and skincare line Hi Wildflower in 2014 and published her first novel in 2015. Bright Lines debuted in August. Since then, Islam has promoted the book, filled countless wholesale orders, created a collection of candles and body oils, and started to outline a new novel. This week, she will pay an extra special visit to Gracie Mansion to help fête the newly convened Gracie Book Club. New York City First Lady Chirlane McCray has championed the initiative as a way to invite everyday New Yorkers into to the Mansion. It was she who picked Bright Lines to kick off the series. 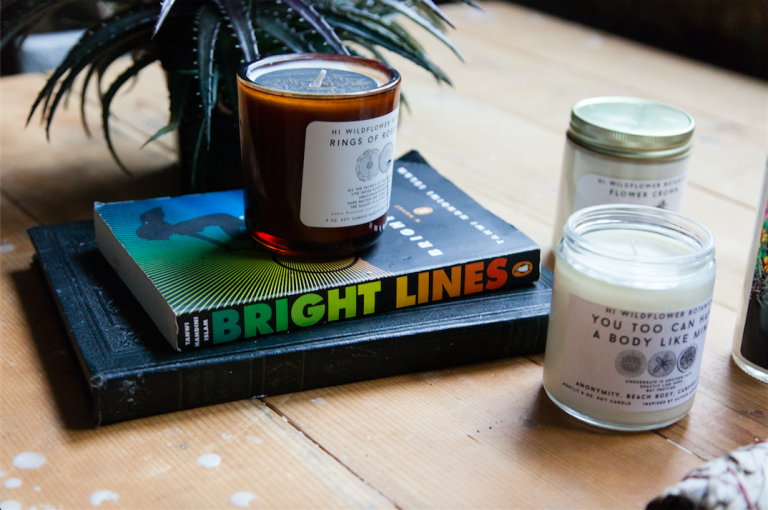 Islam is thrilled, of course. But when we meet in her workspace in Brooklyn last week, she isn't thinking so much about books as she is about bottles. She has to whip up a new batch of Mojave, she tells me. She waves at the somehow curated mess that surrounds her. "This is just how it is," she says, smiling. "It's funny," she adds, "Because to me, it all makes sense."

Islam explains there is an internal order to her work—a harmony between words and perfume.

"I like to make little worlds," Islam says, cradling vials of the scents that comprise Hi Wildflower. And she's good at it, too. Between the shelves brimming with exotic oils and the stereo blasting Kanye West, the stresses of New York recede from the sunny room. Even this most anxious urbanite feels transported.

One by one, Islam introduces me to her ounce-sized universes. "This is Mala," she says. She lets me take a whiff. I breathe in, finding notes of syrup and earth and, well, sweat.

"Yes!" Islam exclaims. "It's a New Delhi incense and flower shop. It's really spicy." All of them are idiosyncratic, inspired by discrete places and spaces that Islam wanted to explore in scent. 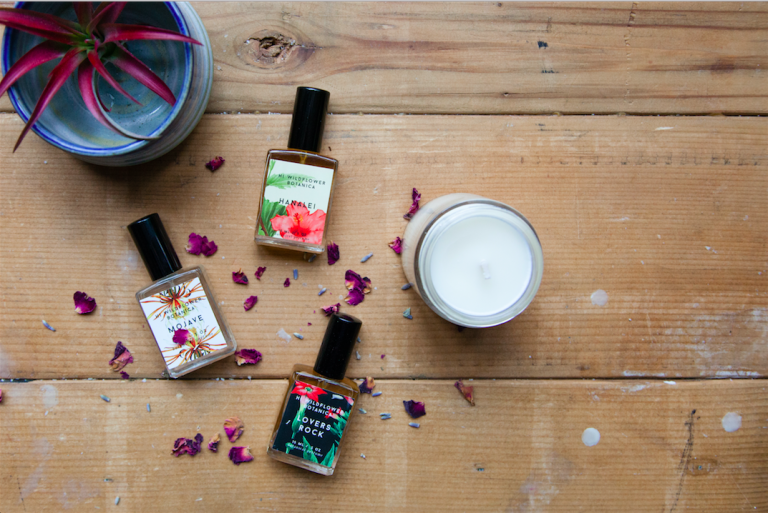 "I am a writer first and foremost, but I did a lot of side jobs and odd jobs while I was writing my novel," Islam says. "I freelanced. I wrote copy for Uniqlo. I modeled for an Al Jazeera campaign. But as I was finishing my book, it struck me. I was like, 'What am I going to do next? I can't sit in an office all day. I just can't.'" She found her answer in her final revisions of Bright Lines. For starters, the patriarch of the story is an apothecary. And as she delved deeper into his persona during the decade she spent at work on the novel, Islam fell hard for fragrance. Besides, she adds, "Brooklyn is such a place to launch a brand. I was really inspired by other beauty brands that had started here. I wanted to have a part in that movement." And, finally, Islam points to a scene at the end of the novel in which a trio of girls throws wildflower seed bombs into different areas of Brooklyn. The women want the crops to "grow up and into something."

"That end was the beginning of Hi Wildflower," she says. Islam launched the line with a few simple, all-natural scents and expanded it as ideas for new fragrances came to her. "It happened really organically," she explains. "For me, I had always been drawn to perfumes and scents. My father is a chemist, so he approaches the world at this super molecular level. Scent, I think, is primordial like that. Plus, they're like stories, so they make a lot of sense to me. "

Islam says she divides her time equally between fiction and fragrance. "If one takes too much time away from the other, I have a spiritual crisis," she says. "For better or for worse, I have to take breaks from both." And so she'll switch off, spending, say, Monday in the Hi Wildflower studio and Tuesday at her desk at work on her second book. But neither pursuit is a total escape. The new novel tells the story of a futuristic perfumer. And she admits she's already thinking of scents that will complement the book. 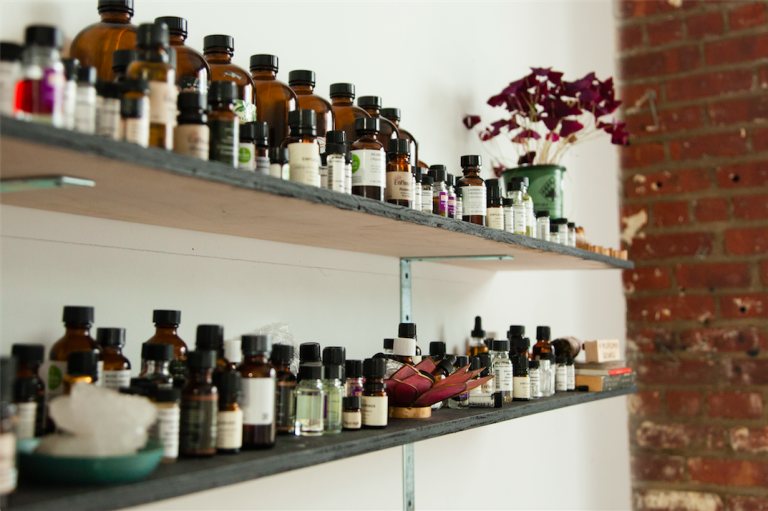 For both her scents and stories, Islam wants people to feel a connection to what she's created. As she looks back on Bright Lines, especially this week, she stresses her not-so-covert aim that people use the book as a way to have frank conversations about tradition, different gender identities, and the "continuum of sexualities" that come up over and over in the narrative. "These are discussions that we're really not supposed to have in most South Asian stories that we find in mainstream culture," she says. "I wanted to break out of that mold a little bit." And so her main character, Anwar Saleem, his wife, Hashi, their daughter, Charu, and their niece, Ella, each experience traumas and triumphs and crises of every magnitude. All yearn to find themselves.

That is, Bright Lines is a coming-of-many-ages story.

"I wanted to tell the stories of people we miss, that we don't get to see all the time in literature. And I wanted to tell them not on a soapbox, but in a way they gives them a voice," Islam asserts. "Politically, socially, sexually—what happens to these people deserves that attention."

Islam can breathe deep. She did it.